As best I can tell, New York state is divided into two parts: New York City, and everywhere else - also known as "upstate". I am actually not sure which of these two categories Long Island belongs to, perhaps it is a third area simply known as "the suburbs". I have been to several places in New York, including the city, and Long Island, as well as Buffalo, Niagara Falls, Lowville (where my daughter loves to go to Camp Unirondack, the Finger Lakes, Pooughkeepsie, and Albany. 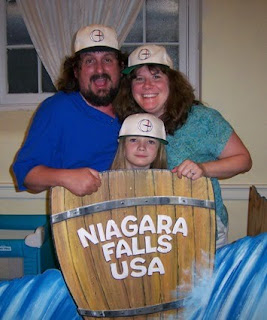 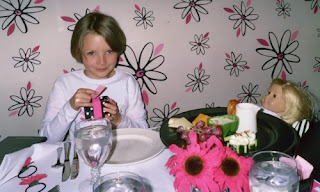 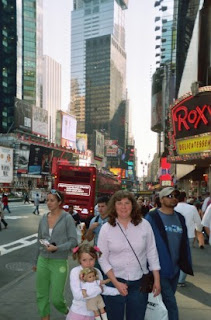 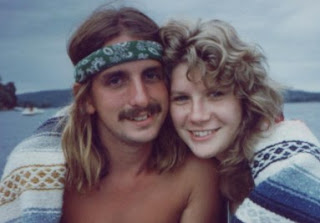 Pam & James on Keuka Lake 1986
No Impact Man
About 15 years ago I decided to ride the simple living wave. I really like it. My house is relatively uncluttered, I discovered I enjoyed cooking, and I made new friends. The waters of the simplicity wave are generally smooth, and occasionally I manage to get a friend or acquaintance to join me in riding it. I read everything I could about simple living, and within about five years I realized that there was no new information for me, all the simple living writers were just recycling all the other writer's ideas. So I was glad to learn about Colin Beavan - No Impact Man. Beavan lives in Manhattan and in 2007 decided to see if he could live for one year without any negative environmental impact. He did this along with his wife and baby daughter. The Beavan's go way beyond "simple living". Their experiment meant not only switching to cloth diapers, but also washing them by hand, and learning to live with the rythms of the daylight, and eating only local food, among a lot of other things. Beavan's book, No Impact Man came out last year, as did the documentary of the same name. Thus, my New York book and movie are tied together.

The Beavan's tried many different things, and they didn't give everything up at once, and some things they learned they really couldn't give up. They gave up on giving up coffee, for instance. No small wonder there. Growing peppermint in the windowsill in order to make herb tea as a substitute? I have made peppermint tea myself, from the mint growing in my garden. I've got nothing against it. It is pretty good, in fact, but I would never, ever consider it a facisimile of coffee. By the way, unless a beverage is made with plant camila sinensis it is not really tea, it is more correctly, an "herbal infusion", so we learned on our trip to the South Carolina tea farm.

I recommend watching the movie and reading the book. They complement each other. Each tells things that the other does not.

I am a little bit sad that  I don't think either the book or movie mentioned was libraries. Perhaps Beavan did, but I usually note such a thing with a yellow sticky, so I remember to blog about it. I would think a person who is not buying anything new would be using the library more.


I will say I was most impressed with Michelle Conlin, Beavan's wife who was addicted to designer clothes, furs, and reality television before their experiment, and gives it all up, and likes it. When I first started reading the book I saw her as a person I didn't really want to know at all, but by the time I finished it I wanted to be her best friend.
It is a small world of "year of" experiment books. Beavan mentions two that I read: Judith Levine's Not Buying It, and Plenty: Eating Locally on the 100-Mile Diet by Alissa Smith and J.B. Mackinnon.
In January of this year I tried the one-week No-Impact experiment as outlined by Colin Beavan. I learned that I could tolerate my house colder than I believed, and that I wasn't walking to nearly as many places as I could, especially given that I purposefully bought a house in the center of town so I would be close to things. Anyone can sign up for the one-week experiment. Register here.
I was tickled to find a recipe for Horn & Haardart's Macaroni & Cheese when searching for New York recipes. H & H was the original "automat"which "featured food behind tiny glass windows that was acessed by putting a few nickles in the slots." Baked macaroni and cheese is the original comfort food, and this recipe was especially good. We shared it with our friend Lisa, & Rob and their children (ages 13 minus one week, and seven). I don't think it is a coincidence that after eating this meal (in which everyone at the table became a member of the clean plate club) our two going-on-thirteen-year-olds asked to play Apples to Apples with both families. The recipe can be found here:
http://travel.nationalgeographic.com/travel/city-guides/new-york-recipes/
For dessert we had chilled Strawberry soup - simple recipe made with fresh and frozen strawberries, heavy cream, a bay leaf, cinnamon and honey. These were blended together in our trusty Oster blender. Again, it was enjoyed by all.
We also enjoyed Chardonnay from the Palmer vineyards in Aquebogue, (Long Island) New York; Ice Apple Splash from the Sheldrake Point which James picked up at the Ithaca Farmer's Market last weekend on our way back from visiting our daughter at camp. 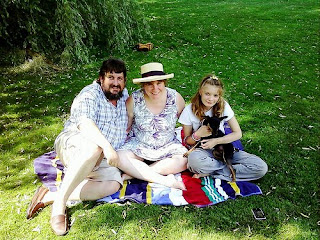