Not to be overly dramatic or anything, but I have Illinois to thank for my very existence. My parents met there, perhaps 50 years ago, when they both worked for the federal government in Chicago. Although they moved to Baltimore right after the wedding, I have been able to visit Illinois a number of times. I like Chicago a lot. It is a happening city with much to do, and I find the people there really friendly. I remember visiting once for a conference and going to the Museum of Broadcast Communication. Who wouldn't love the place? I still get a chill when I see my family's home movies of our visit to the Chicago zoo.  And let us not forget that Illinois is so much more than Chicago. I have also been to Springfield to see Lincoln's home - another must do.

Living Oprah
Before Oprah Winfrey had a sindicated television show in Chicago she was the host of a morning news show for the local ABC affiliate in Baltimore, Maryland. Those of us who grew up in the area during the 1970s remember an Oprah who wore an afro, and clothes from JC Penney, and whose weight was not a never-ending topic of conversation. I don't remember her as the super-sensitive woman we know today, either. I remember her being a somewhat aggressive when interviewing Faith McNulty (The Burning Bed) and questioning why she would stay with an abusive husband. Winfrey bailed on Baltimore in the mid 1980s, about the same time the Colts did. Living Oprah, Robyn Okrants "One-Year Experminet to Walk the Walk of the Queen of Talk"  makes one small reference to Oprah's time in Maryland, but Oprah clearly belongs to Chicago. Of course I could not resist a "year of" book about Illinois when I found out about this one. Okrant, who is not really a mega-fan, decides to go one year following all of Oprah's advice, and I mean all. Whatever Oprah says to wear, she wears, whatever Oprah says to buy, she buys. Of course any of the "advice" aimed at acquiring stuff I scoffed at, as well as anything I thought just seemed over the top, but I surely felt mighty smug at any of the things I was already doing. (Take the t.v. out of the bedroom?  - Everyone knows bedrooms are only for sex and sleeping; Get out a hand mirror so you can become aquainted with your vulva? Ha! I already know mine so well I could pick it out of a line-up!: Declutter your home? snort! ) The project actually creates quite a bit of stress, and debt, for part-time yoga-instructor Okrant, but all in all I'd say it all turned out pretty well for her. I mean, she got a best-selling book out of the deal, after all. She does seem pretty surprized at all the attention her project receives during its run, and one friend does point out that perhaps it is because she is following Oprah's advice that she gets so much attention, despite the fact that she does not seek it. A fun read that, like Julie and Julia, will have a lot of bloggers fantisizing that perhaps someone will discover them and take them away from it all. Find out more about Okrant at http://www.robynokrant.com/ 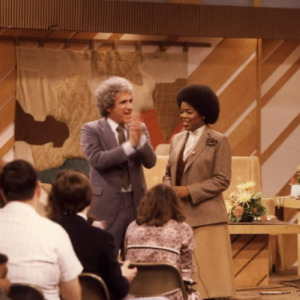 A Sidney Poiter movie is never a bad thing. This classic film about a family living in the Chicago projects features Poiter as a man who has recently become the head of his household following the death of his father. The family consists of Walter Younger (Poiter), his wife, son, mother and sister, all of whom live in a two bedroom apartment, and share a bathroom with another apartment. We see the family trying to break free of poverty through the aspirations of Beneatha (Walter's sister) who is studying to become a doctor, in the meantime the family suddenly comes into a $10,000 insurance payment and must decide whether to risk it on a business venture that Walter is scheming with two partners, or save the money for education, and buy a house. Themes of civil rights, and not-so-thinly veiled racism, would have been very current for the time when the movie was made, and probably were especially challenging for white audiences of the day.

Interestingly, Okrant's book made reference to this movie. Apparently there was a remake? I am so out of touch I had no idea.


Could my "munchie" have been more of a cop-out than dining at Uno Chicago Grill "birthplace of the original deep-dish pizza" in 1943. An easy decision during a busy week, and pizza is always a hit with my daughter, and we had also had an additional child yesterday, so all the better. The pizza was okay. I liked my salad though - tossed greens with goat cheese, glazed walnuts and vinigrette.
Posted by YearofBooks at 2:02 PM